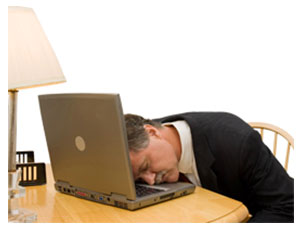 Probably the most frequent question I am asked. Only applies to Windows though - if you want a faster computer without viruses then switch to Ubuntu - if you want to stick with Windows then here is my speedy check list.

Step 1: Uninstall any unwanted programs - if you have installed programs they not only take up storage space but also increase the size of the registry. The registry is like an index which is scanned by the computer for program options. The bigger the index, the longer it takes to scan. Here are instructions for uninstalling programs in Windows XP.
Step 2: Update windows - ensure your windows is as up to date as possible. This is mostly for security flaws that Microsoft has identified but also bug fixes etc. Windows has a "windows update" option but in my experience, its sometimes not up to date. So check here first http://update.microsoft.com/ - there may also be optional updates, for example the latest versions of Internet Explorer or Windows Media Player. They are optional but I would recommend installing these anyway.
Step 3: Install a Firewall - a firewall will attempt to stop people or computers from directly accessing your computer via the internet or a local network. Windows comes with its own firewall which you should switch this on OR install a firewall, the best one available thats free is ZoneAlarm. Only install one or the other not both. Most modern routers (the box that connects to the internet) will also have a firewall, these are usually automatically set up for you.
Step 4: Check for viruses - most anti-virus programs will try to protect you from getting a virus. But MalwareBytes is the most effective software for getting rid of them once you have them. For a belt and braces approach, I would recommend starting Windows in safe mode, then run MalwareBytes. To do this, switch on or restart your computer, then keep pressing F8 - this will then give you a list of options - choose Safe Mode with Networking. Then run MalwareBytes and restart your computer once its finished.
Step 5: Install an anti-virus program - choose either Avast or Avg, both are free. Only have ONE anti-virus program installed. Having 2 or more anti-virus programs installed will dramatically slow your computer down because they are competing with each other. Incidentally, if you have Norton or McAfee installed, then get rid of them - they are "Bloatware" and will slow your computer down. Avast and Avg will regularly download a database of viruses to check and perform scheduled scans of your computer.
Step 6: Delete temporary files, fix the registry, stop startup programs - install ccleaner this will do all 3 - I'll give you one guess what the C stands for... First clear temporary files for  most of your programs. Then select the option to clean up the registry. As mentioned above, this is used to store options for programs, but many programs leave rubbish in there - which will slow down your computer. You might need to run the registry check several times before it is all fixed. Also have a look at the start up programs - this might be a bit techy though, if you don't know what a program does then have a google for it - start up programs run when your computer starts and can take up valuable memory.
Step 7: Transfer old files - most new computers have bags of space so this isn't usually a worry. But if you have a lot of photos, songs, videos etc. then think about moving these onto external storage - a USB stick or external drive. These are relatively cheap now and they can also be plugged into games consoles such as the XBOX 360 and PS3.
Step 8: Defragment your hard drive. Imagine a cassette tape which your favorite songs. Now imagine you delete a couple of songs and want to add a new song - there isn't enough room for the song in either of the deleted spaces but it can be split across them. Eventually, after deleting and adding new songs, the songs are all over the tape. This is called fragmentation. The hard disk in your computer works in the same way. But we can use a program to move the files around to make them more efficient - this is defragmentation! The best free defrag software is Auslogics Disk Defrag.
Step 9: Speedy internet access - this is simple, stop using Internet Explorer and use either Firefox or Chrome. If you really must use IE, then check if you need all those toolbars and remove them. I would however recommend installing the Google toolbar - this will offer additional protection from suspect websites.
After running ccleaner and defrag, your computer might appear to be slow for a bit - this is normal and your computer will be quicker next time you switch on.
If your computer is still slow after all the above, then you might need to increase the memory. Unfortunately there are many different types of memory. The simplest solution is to take your desktop or laptop to a local Maplins and get them to install it for you.
If your computer is still slow after more memory, then try installing Ubuntu - this is an alternative to Windows.